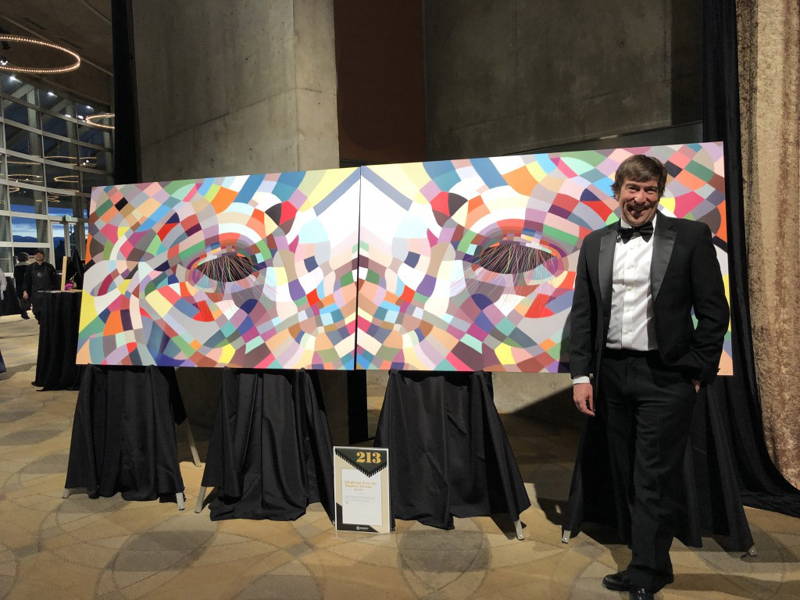 In 2018, after a decade of professional film making, Straus returned to Denver and shifted his focus. He began fervently working toward becoming a full-time fine artist, hosting his first solo show in 2019. His second solo show, The Parks, debuted at a Denver gallery and garnered attention for his modern approach to the depiction of iconic landscapes, solidifying his style, vision and emergence into the art scene. The exhibit was also featured later that year at the American Mountaineering Museum. His colorful and dynamic work has been exhibited in galleries, institutions, museums and private collections throughout the United States and overseas.

Straus is an active, enthusiastic promoter of his own work and the art community overall through his large social media presence. He currently lives and works above Denver in the foothills of Golden, Colorado surrounded by the wilderness that inspires him. He has raised over $40,000 (USD) for charities he believes and continues to support organizations he believes in through his TOPHER GIVES initiative. He is currently represented by in Vail, Breckenridge, Winter Park, Evergreen and Boulder Colorado as well as in Los Gatos, California and Dallas, Texas.